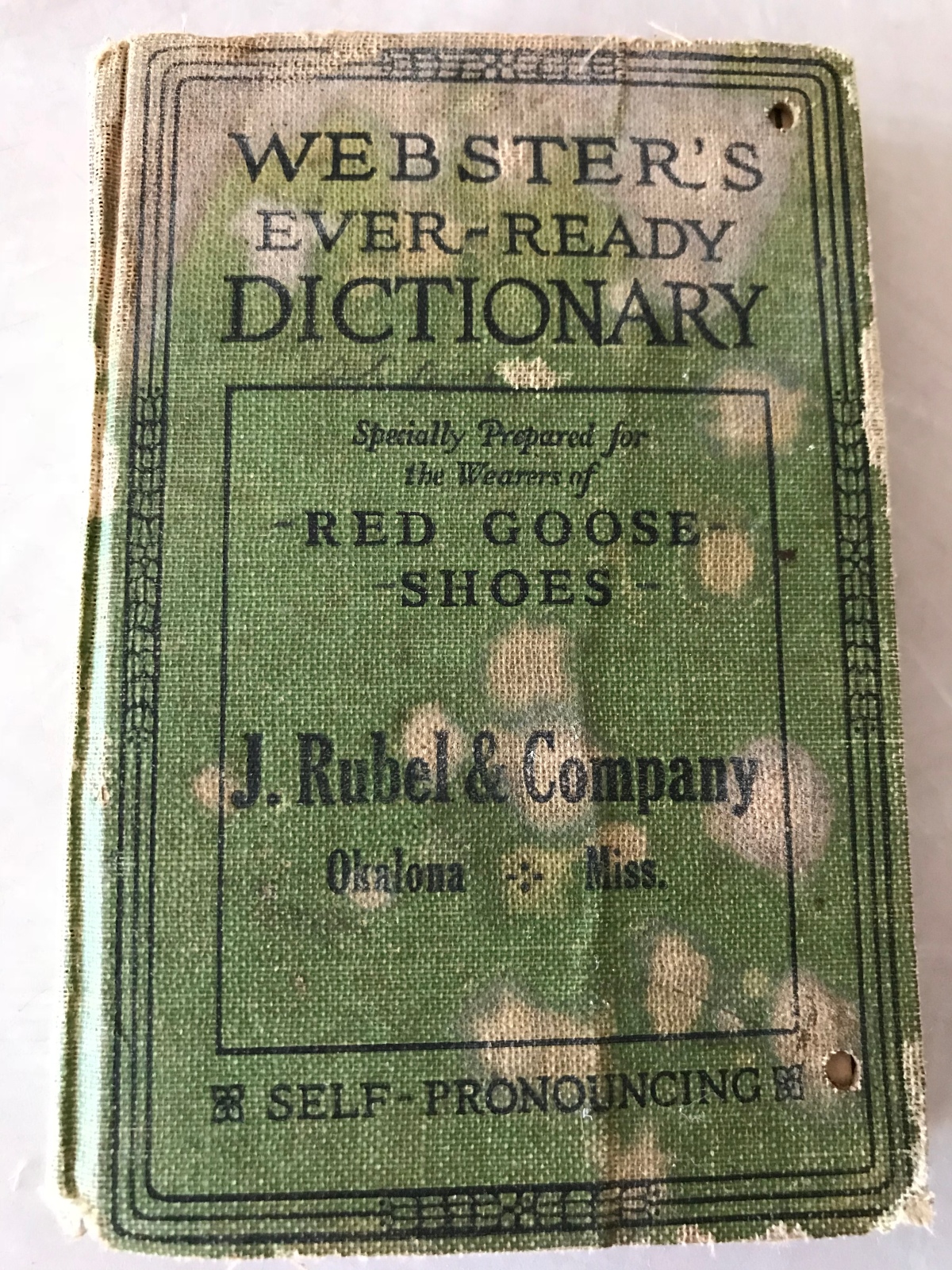 We are in the process of purchasing a little house across the road from us. The place is trashed quite a bit , truly trashed with a lot in the house just heaped in piles. Away that’s not what I’m writing about. I’m want to share this old dictionary that was apparently given along with the purchase of a pair of shoes,in one of the heaps of junk. 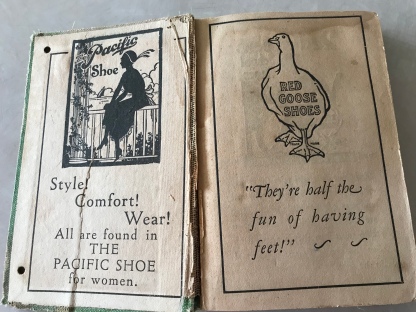 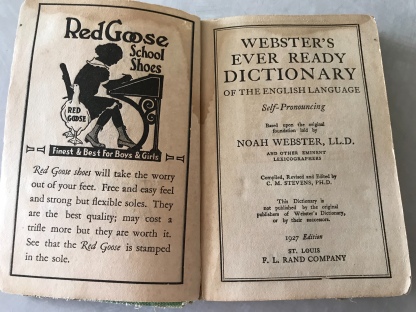 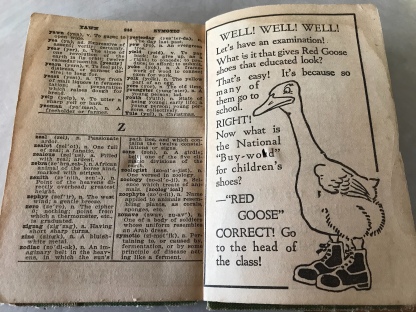 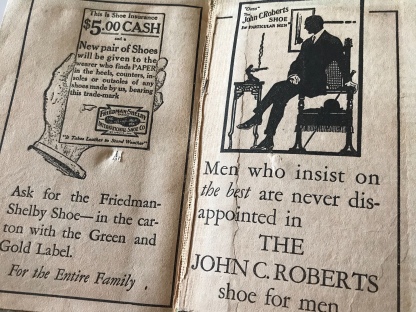 I love these ads,especially the one with the goose in shoes.

the cover of the book was messed up ,but it will still look nice on a bookshelf. 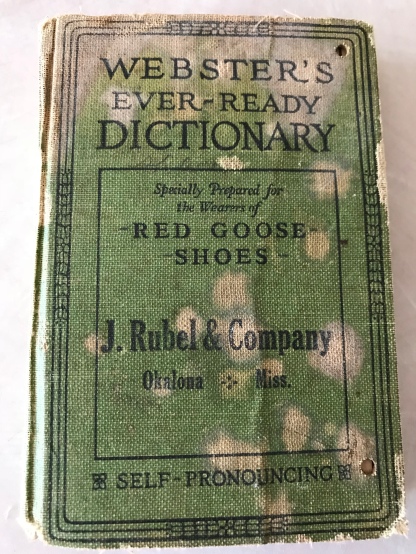 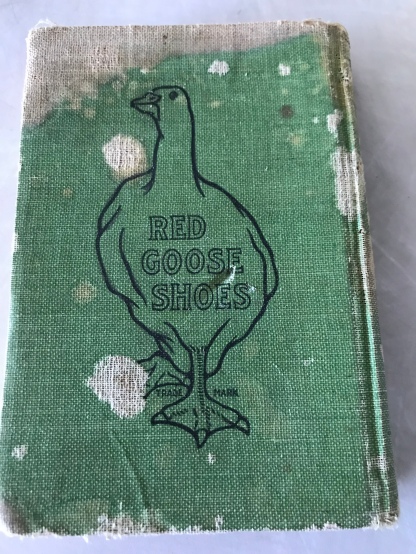 Some info on the company taken from online….

The Red Goose Shoe Company of St. Louis, Missouri, began selling shoes to pioneer families headed west in 1869. The company’s name was originally Gieseke-D’Oench-Hayes, after its founders, but when the company became advertising conscious in the early 1900s, they changed the name. Gieseke is German slang for “goose” so the goose image came naturally. The red color came later when, during the St. Louis World’s Fair in 1904, some stock boys painted the goose on the cartons red. The head of the company liked the idea, and so Red Goose Shoes was trademarked in 1906

Any one ever have a pair of these? Maybe in one of the heaps I found an old pair.😄